Like many Americans (and probably Westerners in general), I grew up reading stories about Greek mythology: the (lecherous) adventures of Zeus and his jealous wife Hera, athletic Athena being distracted by the golden apples, the grieving Orpheus who tried to save his love Eurydice from Hades, the minotaur and cyclops… The world of the Olympic gods and men were so much more exciting than my mundane mortality. I was also fortunate to take part in an exchange program to Greece while I was a student at Cairo American College international school during my middle school years living in Egypt. However, when the opportunity came to take a return trip to Greece a few months ago, I initially wasn’t too thrilled. Been there, done that, right?

Greece is a beautiful country with so much to it. When I landed in Athens for the first time in ~13 years, I fell in love with sights like this:

Look, there’s the ancient Acropolis towering over the city!

One thing I love about Athens is the ubiquitous citrus fruit trees. They’re not actually oranges because people would steal them if they were. These fruits are bitter and not ideal for eating (not without lots of cooking, I believe), but they make a beautiful atmosphere and scent in spring!

If you ever want to visit the fabulous Greek islands without the hoards of tourists, consider going in winter. Even though 70% of shops are closed in smaller destinations such as Santorini, there’s still more than enough to be amazed by. I know the islands are popular beach destinations, but beaches weren’t my motivation for going. Instead, I rented a motorbike and was treated to sights like these:

After Santorini, a quick few days in Chania, Crete….

Then back to Athens on Christmas Day, where I relaxed in the soothing thermal springs outside the city with some people from Couchsurfing!

I finished by visiting Meteora up north, an ancient village with monasteries perched atop mountainous rocks: 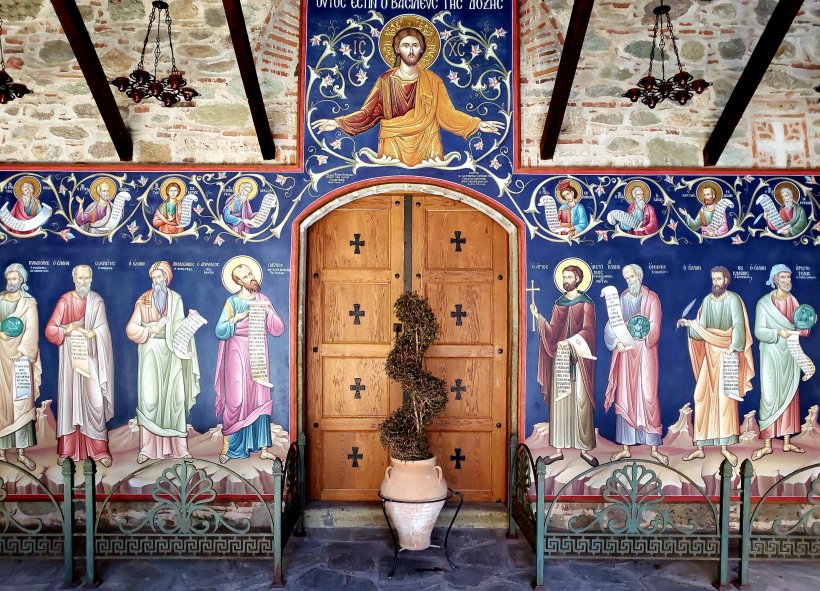 Would I recommend Greece? Absolutely! Did I find any Greek gods? No, but I did find this amazing song by Dionisis Sxoinas that I basically played on a loop my entire time there. I hear it and close my eyes, and I’m transported back to the magical Greek islands…. 😍

One thought on “In Search of Greek Gods”