One of the most anticipated events for any Peace Corps Trainee is SITE ANNOUNCEMENTS! This is the day that we learn where we’ll be living for the upcoming two years. How far am I from a major city/the capital? Will I have electricity? Running water or borehole? Where am I in relation to my PC friends??

To make the day even more special, PC Malawi has a wonderful tradition for the big reveal. Staff spends the morning creating a large map on the ground of the local football (soccer) field. In the afternoon, the Trainees queue up at the field’s edge and are blindfolded. We walk for what feels like 20 minutes, blind, hands on shoulders, stumbling, laughing, sometimes screaming as the line pauses and restarts unexpectedly. Finally, our language trainers take us by the hand and walk us to the place on the map that corresponds to our site. Then, on the count of three, we remove our blindfolds at the same time and find out where we will live! 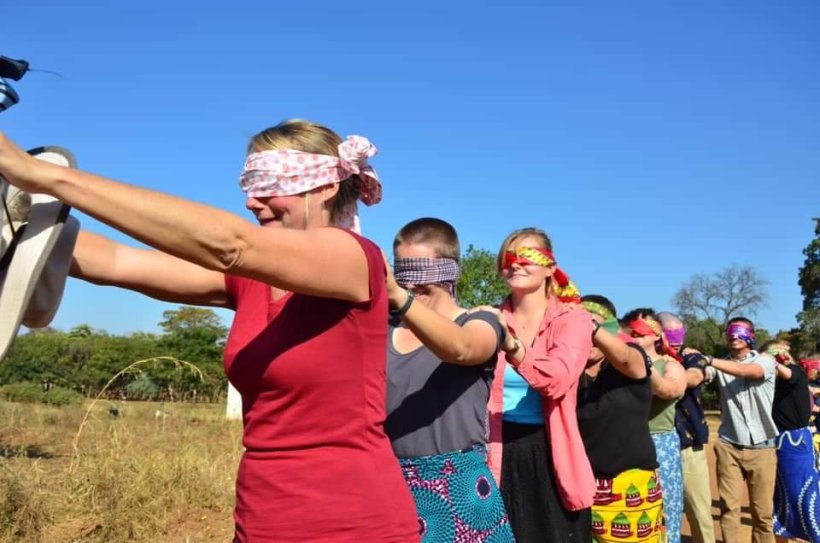 I was mostly pleased with the information I received that day. My site is in Lilongwe district, with easy access to the capital, and I have two volunteers (one fellow Trainee and one in the cohort above) 20km away. I’m the first PCV at my site, and it’s a health center that serves a lot of people living with HIV in the surrounding villages. Doing HIV work was a primary motivator for me to serve as a Health Volunteer here in Malawi. Typically, site announcements are accompanied by a whole packet of information, including pictures of our house, but due to recent political and civil unrest throughout the country preventing staff from accessing the office regularly, those were postponed by a week or so.

In our training village in Kasungu, there are at least 6 churches of varying denominations, mostly evangelical. Attending church has been, at least at first (before the novelty wore off), one of the most entertaining experiences here. Malawi is generally a very religious country, with Christianity being the predominant religion, although there are Muslim communities scattered around the country, and I’ve heard there’s a synagogue in the capital. There’s also the cult of the Gule Wamkulu, secret dancers who represent the spirits of ancestors.

For me, I’ve been attending the Assemblies of God church during this training period. The music is fun, very upbeat with a Caribbean feel, and there’s usually lots of dancing. The sermons are… interesting: for instance, one Sunday, we were told that Malawi is at a civil war because people aren’t praying; polygamy is killing people; and if you pray to Jesus, he will heal any of your illnesses.

(Side note: as referenced above, the first point is based on nation-wide protests and demonstrations over the recent presidential election results in May. The incumbent party has been accused of rigging the election, and the case has gone before the Supreme Court.)

During the church service I attend, it’s pretty typical for the congregation to spend a few minutes on their hands and knees, shouting prayers to God at the floor. It’s mildly terrifying. There were apparently two exorcisms over the last few weeks, but unfortunately I wasn’t in attendance for various reasons. However, if the host brother of my fellow Trainee Alex doesn’t go to church, her host parents tell her that the devil got him.

Here is my fellow Trainee Alex performing a worship song with some members of her host family!

Here are the men of the congregation (including me) doing a religious song and dance!

And here are some of the amayis after another performance of their own:

Around our training village are a few small hills. On Sundays, some of us like to go hiking. One of the most perfect moments I’ve had during PST was sitting on top of one of the hills with about 8 other Trainees, enjoying the breeze and the sunny weather, gazing over the landscape, and playing Toto’s “Africa” on my smartphone.

Here are some views from the tops of the hills around our village:

In Malawi, the main food is called nsima. It’s a dish made of maize flour that’s added to boiling water and stirred until extremely thick. Then it’s molded into paddies and served with ndiwo, side dishes that could be beans, eggs, vegetables (cabbage, pumpkin leaves, etc), some sort of meat, etc. Nsima itself, if made with white ufa (maize flour) is a tasteless, nutritionless mush. Here is a typical meal that I eat: nsima, hard-boiled eggs with tomato sauce, and mustard greens.

In the brushes of the countryside, there are wild field mice. People will often burn the grasses to drive the mice out of hiding, and then catch them…. and cook them, usually over a grill. The mice are usually sold on the road side, like a snack, and are eaten whole, tails and all! 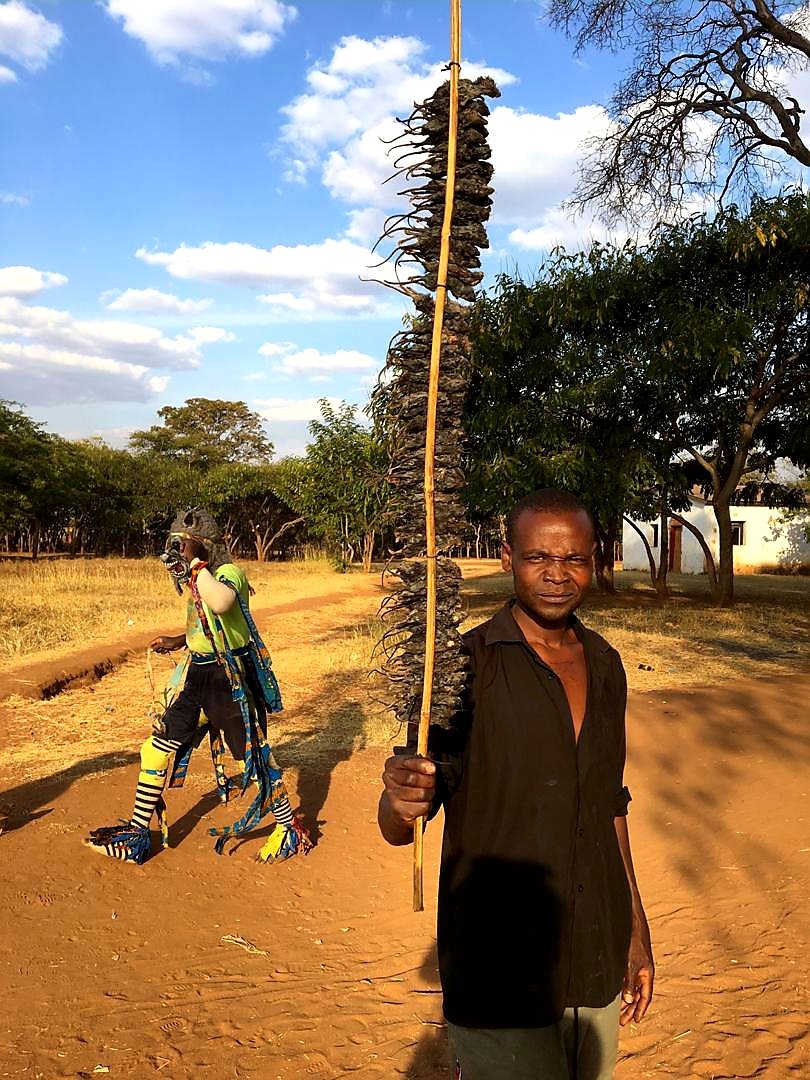 And if you’re really lucky, you can enjoy your mice as a ndiwo with your nsima!

Speaking of food, I haven’t gotten a single full night’s sleep since arriving in our training village. This is mainly due to a very large rooster who lived next door. Whoever said that roosters crow just before dawn was full of #$*%, because this rooster insisted on crowing anytime between 2:00-4:30am (in addition to all throughout the day). He would sit in the windowsill of the house next door, but somehow managed to sound like he was right inside my room.

Fortunately, Peace Corps encourages us to be creative problem-solvers, so I did what made the most sense at the time: I bought the rooster from its owners, and one morning before going to school, my abambo (host father) and I took it out back, where he held it down while I cut its throat and chopped off its head with a knife. Then I plucked it a bit before giving it to my amayi (host mother), who cooked it and served it to us all for lunch and dinner (along with nsima, of course). Revenge tastes absolutely delicious.

One of the highlights of our PST was a Peace Corps Prom! This was the brainchild of my wife in Malawi and fellow Trainee Ayla, to boost morale and give us a chance to let off steam (which was MUCH needed after our Site Visits were canceled due to aforementioned protests). It was organized in secret and held in the church where the main sessions are held, one Saturday afternoon after classes and lunch with our host families. People contributed snacks from the local market, paper decorations were hung, and someone brought a Bluetooth speaker for music and dancing! I also brought the card game Exploding Kittens for people to play.

The beautiful inside-and-out Ayla (right), with the co-organizer Alex:

That’s all for the time being. Coming soon: Swear-In ceremony, gule wamkulu, moving to site, and more!